How this alumnus is in touch with 2 billion people 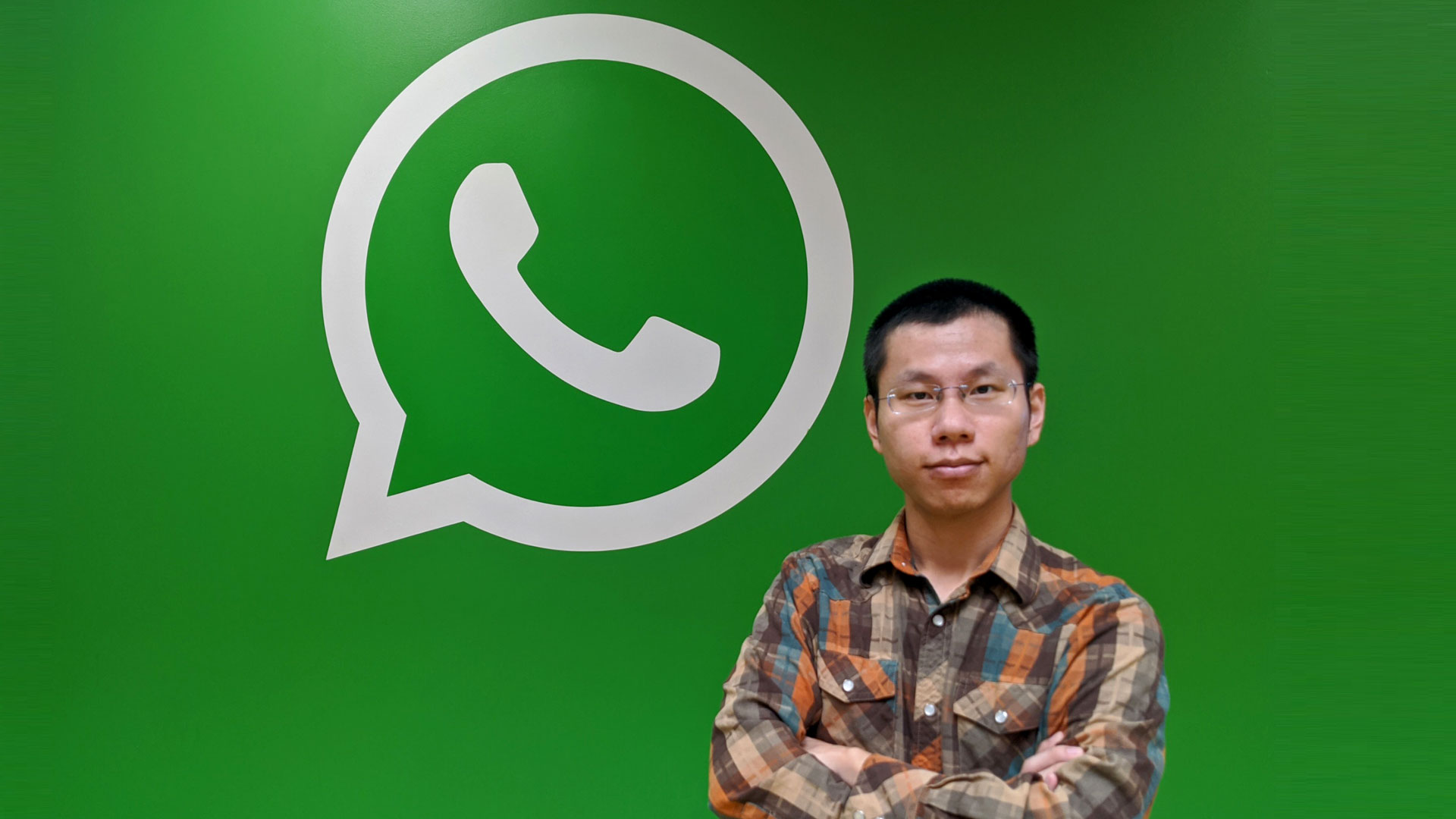 Pei Chen develops software for a company that puts him directly in touch with 2 billion people around the world.

“WhatsApp is very popular and easy to use. People everywhere rely on it,” said Chen, who earned his professional master’s degree in computational science and engineering (MCSE) from Rice University in 2017.

Since its founding in 2009, WhatsApp has become the world’s most popular text and voice messaging application. It was acquired by Facebook in 2014 and now is the principal means of electronic communication in Latin America, India, Pakistan and much of Europe.

Chen was born in Chaozhou, a city of 2.6 million in southern China, where his parents own a store selling bedding. “Parents in China care a lot for the education of their children. There is great importance in learning science and math,” he said.

While still in primary school, Chen competed in the Chinese Mathematical Olympiad and other math competitions. In high school, he took an optional course in programming and discovered that he enjoyed it and excelled at it.

“I found out I was more interested in software than hardware,” he said.

In 2016 he graduated from Sun Yat-sen University in Guangzhou, with a bachelor’s degree in telecommunication engineering, and in the summer of 2017 had a software engineer internship at Google He applied to eight universities in the United States for graduate school, and was accepted into both the MCSE and electrical and computer engineering programs at Rice in 2016. Software won out.

Chen now works in Menlo Park, Calif., where WhatsApp occupies a portion of the Facebook campus. There he has developed what he calls a “picture-in-picture feature.”

He explained: “If you send a video link to your contact, both of you can click on the preview in the conversation and a floating video player will be opened. You can drag it, adjust the size, play or pause it, change the volume or close it at any time. I am the only owner of this project, which I finished in 2018.”

Chen also completed another feature for WhatsApp: “It is called Album Feature. Previously, if you shared multiple photos in a chat, you had to send each item as a separate message. That consumes too much space in the thread. An album collapses multiple media items into a single chat bubble which can be viewed in the media gallery.”

The MCSE program at Rice helped Chen focus his research interest on software and confirmed his interest in working in the industry. “The future will be brighter,” he said, “and my parents are very proud of what I have done.”